I’m very happy for being able to keep up with my weekly routine, and for sharing a wide range of musical material, but after 2 weeks of pure electronics, I felt it was time to go back to my roots: saxophone playing.

I had this simple structure built over a 7/8 bar in the back of my brain for a while now, and as I started playing with it, I felt the need to get all 3 saxophones (alto, tenor and soprano) out of their cases and play with them.

It’s quite simple and I enjoyed doing it deeply.
I hope you can relate to my enjoyment.

My only regret, in this kind of experiments, is playing alone. I believe this piece, in particular, is something that could really work out great with a lot of players giving their input.

As promised, here’s the second episode of this weekly series.

I’ve called it “Wind Studies”, as it’s an exercise about orchestral wind instruments and the act of playing them, although it features only the Akai EWI4000S, that I borrowed from my dear friend João Figueiredo.
This is what it looks like:

The structure is simple:

Everything is pure MIDI data, played by me on the EWI and voiced in SampleTank. The performance was recorded, sequenced and produced (barely) in my usual DAW, ProTools LE.

Despite appearances (and Michael Brecker’s endorsement), playing the EWI and playing the saxophone are tremendously different activities. And that’s good. What it also means, as far as I’m concerned, is that there’s a lot of technical study to be done, still.

But it’s a great alternative to MIDI keyboards, when I’m “sketching”.

I hope you enjoy this one. I did. 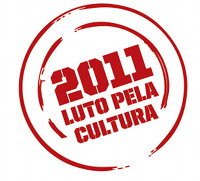